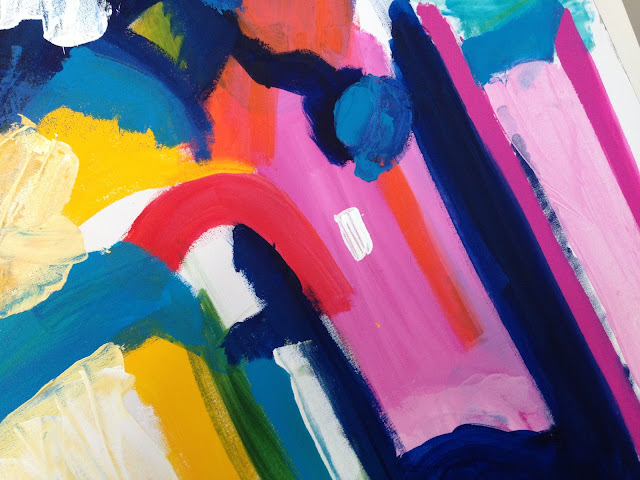 This Painting and Printing Party was an experiment, however I must say I am very impressed with how it turned out.  We had a lovely time, and accomplished some art to be proud of with a story to tell.

As a starting point for the large canvasses I made two mood boards. One featured current pastels and the other focused on Fall and Winter colours for 2013.

Whilst the paintings were collaborations from everyone present, there were two art works in particular that became our main inspiration:
one by Jen Ramos and another by Ali McNabney-Stevens. 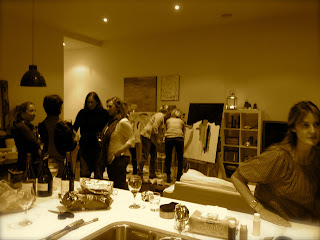 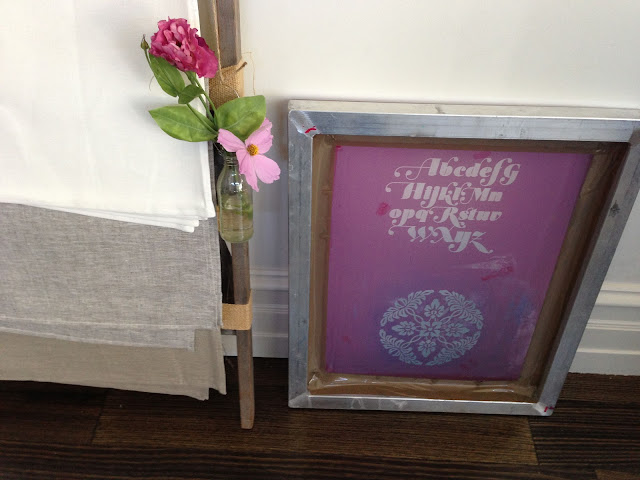 In addition to the paintings, we made some beautiful prints as well.

Tahli of Tahli Shepherd Design created two designs
for a screen that I had professionally made for the night.

There was lots to do....
so while some were working on the paintings,
others got started on their screen printing. 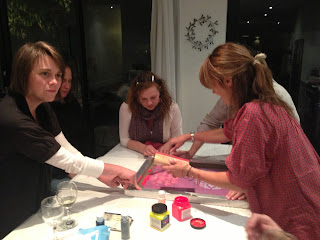 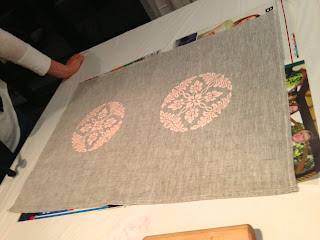 To stick to the mood boards
I mixed up a pastel coral colour.
It looked lovely on the linen tea towels. 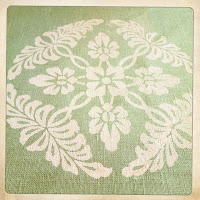 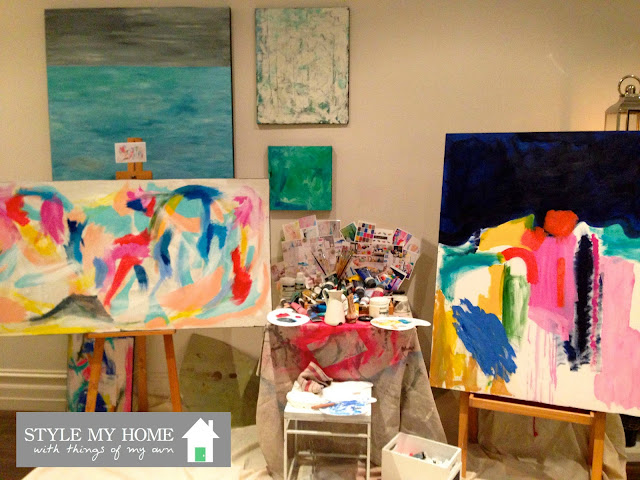 The mood boards ended up being a bigger influence than I originally thought, however it all seemed to come together just fine. 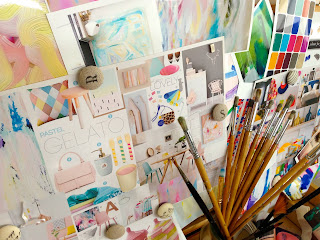 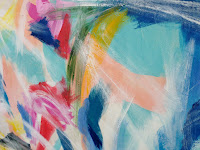 I love to get influence from anywhere that makes me take a second look,
like this shop window around the corner from my house.
It is a lovely mix of colours and a great example of what I was thinking of. 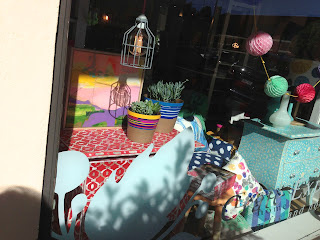 A culmination of 11 efforts from the night. 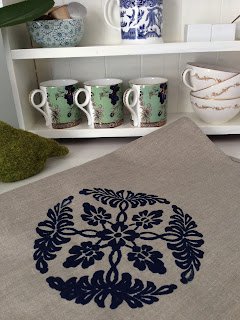 The tea towel print was a big hit too.
Perhaps some early Mother's Day gifts. 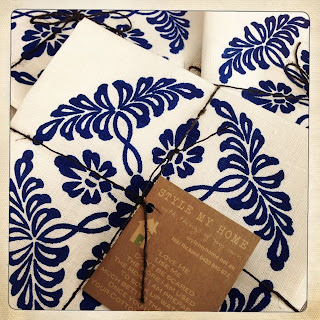 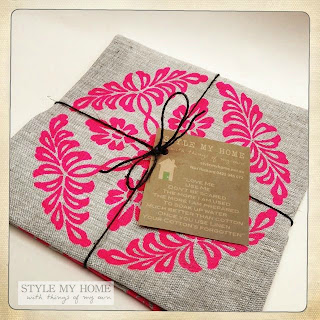 Style My Home With Things of My Own
Melbourne, Australia
Hi, my name is Niki and I live in Melbourne. My business is helping people style their homes with things they already own! I am a styling and decorating fanatic, obsessive crafter, passionate recycler and refurbisher and lover of all things handmade. Here is where I blog about all my projects, adventures and things I am passionate about. If you need help styling your home, please contact me at nikirickard@me.com. Depending on your needs, I can tailor a service to suit you.

I hope you enjoy my blog!

I own the rights to all original material on this blog. All graphics, layouts, and photographs belong to Style My Home unless stated otherwise. Any other content will be credited to the best of my ability. Please credit and link to Style My Home if you feature any of my images or projects. Fair is fair :-)